27 years ago, Kirsan Ilyumzhinov became the first president of Kalmykia 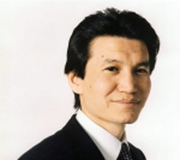 On 12 April, Ilyumzhinov tweeted: “A memorable date. 27 years ago, on 12 April 1993, I was elected the first president of Kalmykia. I am glad that I managed to open the world to Kalmykia, and open Kalmykia to the world. I wish all people of our republic goodness, health and prosperity! ”

Perhaps, not a single Russian region attracted such attention as Kalmykia in previous years. The image of Kalmykia was inextricably linked with the image of the republic’s first person.

It was with appearance of the young, 31-year-old Kirsan Ilyumzhinov on the scene that qualitative changes occurred not only in the economic and social spheres, but also in the image of Kalmykia as a whole.

Thanks to the political will and energy of Kirsan Ilyumzhinov, several significant projects were implemented in the republic, which laid the foundation for a new image of Kalmykia.
Ilyumzhinov, a friend of the Dalai Lama, created Buddhism European Centre in Kalmykia in the shortest possible time, implementing a project to build the largest Buddhist temple in Europe. Now the temple is an undisputed attraction of both Kalmykia and the whole of Russia. The appearance of the temple had a positive impact on the image of Kalmykia within our country and beyond. It has also positively affected the international image of the Russian Federation, especially in the Buddhist world.
Another high-profile project of Ilyumzhinov is, of course, chess. The construction of Chess City - a hotel complex on the south-eastern outskirts of Elista - greatly contributed to the development of international chess movement. Having become FIDE president, the regional leader not only gained worldwide fame, but also secured the image of a rational politician. Chess is a special sport. It required sharp mind and ability to calculate moves ahead.
Here is what Kirsan Nikolaevich said: “At the time of the collapse of the Union, Kalmykia had nothing: no minerals, gas pipes, agriculture, or even its own religion. All our Buddhist temples - khuruls - were destroyed during the exile of the Kalmyk people to Siberia. There was only one Orthodox Church in all of Kalmykia. Neither a single museum nor national gymnasium. 98 percent of the local budget consisted of subsidies from Moscow. We took the last place in Russia by the number of paved roads and the level of gasification.
My main task was to give people self-confidence. Make them believe that they are self-sufficient and can do much. When I became president of Kalmykia, I faced simple but urgent issues: how to feed people, how to give them work, how to prevent the collapse of our republic.
Just recall how it was in those years. Mass non-payments: for months, people could not get their salaries, pensions and benefits. I had to subsidize the prices of milk and bread from the profits of my enterprises. The demography was terrifying. General drunkenness, unbelievable crime. All this was eventually corrected.
I also assisted revival of national memory and Buddhism as its integral component. It was very important to find a place for Kalmykia in the modern world. Its economy, trade relations, and industry depended on this.”
But then few people knew about Kalmykia. Our neighbours from Astrakhan and Volgograd sometimes asked: “Elista? Is it somewhere in Asia? ” We needed some kind of excuse, a push, to make them talk about us.”
Recall that on 24 October 2010, a meeting of the Council of Elders of the Republic of Kalmykia was held, which assessed Ilyumzhinov’s activities as head of the republic:
“17 years is a long way that we have travelled together. During this period, many changes have occurred in the Republic of Kalmykia. Thanks to Kirsan Nikolayevich, Elista, the capital of Kalmykia, was provided with high-quality gas,” said the chairman of the Council of Elders. “Today, Elista has significantly changed. There was not a single day that guests from neighbouring regions did not come to us. ” 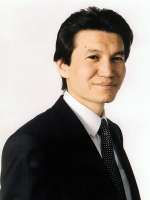 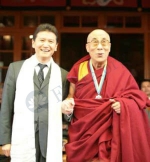