Kirsan Ilyumzhinov visits the Kaluga region on a business trip

On August 8, the President of the International Chess Federation (FIDE) Kirsan Ilyumzhinov met with the governor of Kaluga region Anatoly Artamonov in Kaluga.

The parties discussed the implementation of the international project "Chess in Schools" in educational institutions of the Kaluga region.

According to the President of the International Chess Federation Kirsan Ilyumzhinov, this initiative is supported by many countries. Familiarizing children and teenagers with chess, which "combines science, culture and sport", will promote the personality development. According to the President of FIDE, currently there are more than six hundred million chess fans in the world. The Federation is determined to increase the number of fans of this intellectual game to one billion.

Following the meeting, Anatoly Artamonov and Kirsan Ilyumzhinov signed a memorandum on cooperation between FIDE and the Government of the Kaluga region. The International Chess Federation will actively promote the development of chess in the Kaluga region.
Currently, more than 3.5 thousand people play chess through nine chess offices operating in the region. Last year, the region’s 319 players were awarded with the titles of the first grade of sport; tournaments of various grades are held among children, young and older people. Teams of Kaluga region regularly take part in inter-regional, national, and international competitions of various grades. The Kaluga Regional Ministry of Sports announced the state accreditation of the regional public organization "Kaluga Regional Chess Federation". The programme of development of chess in the Kaluga region in 2016-2020 was approved. The programme aims to create conditions for further development of chess as an integral part of a healthy lifestyle.
Noting the importance of the sport for the harmonious development of younger generation, the Kaluga governor Anatoly Artamonov said that he would continue to support the project "Chess in Schools". "We will strongly promote the programme and encourage teachers and headmasters to be actively engaged in this work. I am confident that chess will enhance the performance of our children and prevent bad habits," said Anatoly Artamonov.
On the same day, the governor Anatoly Artamonov and the President of the International Chess Federation (FIDE) Kirsan Ilyumzhinov visited the Tsiolkovsky State Museum of the History of Cosmonautics; paid a visit to the construction site of the second stage of this museum and went to see the construction of the innovative cultural centre. The to-be innovative cultural centre may become a platform for international chess tournament, and chessboards will be put on every school desk, as suggested by the governor of the region.
FIDE President and the Governor have laid flowers on the tomb of the founder of Russian cosmonautics K. Tsiolkovsky. 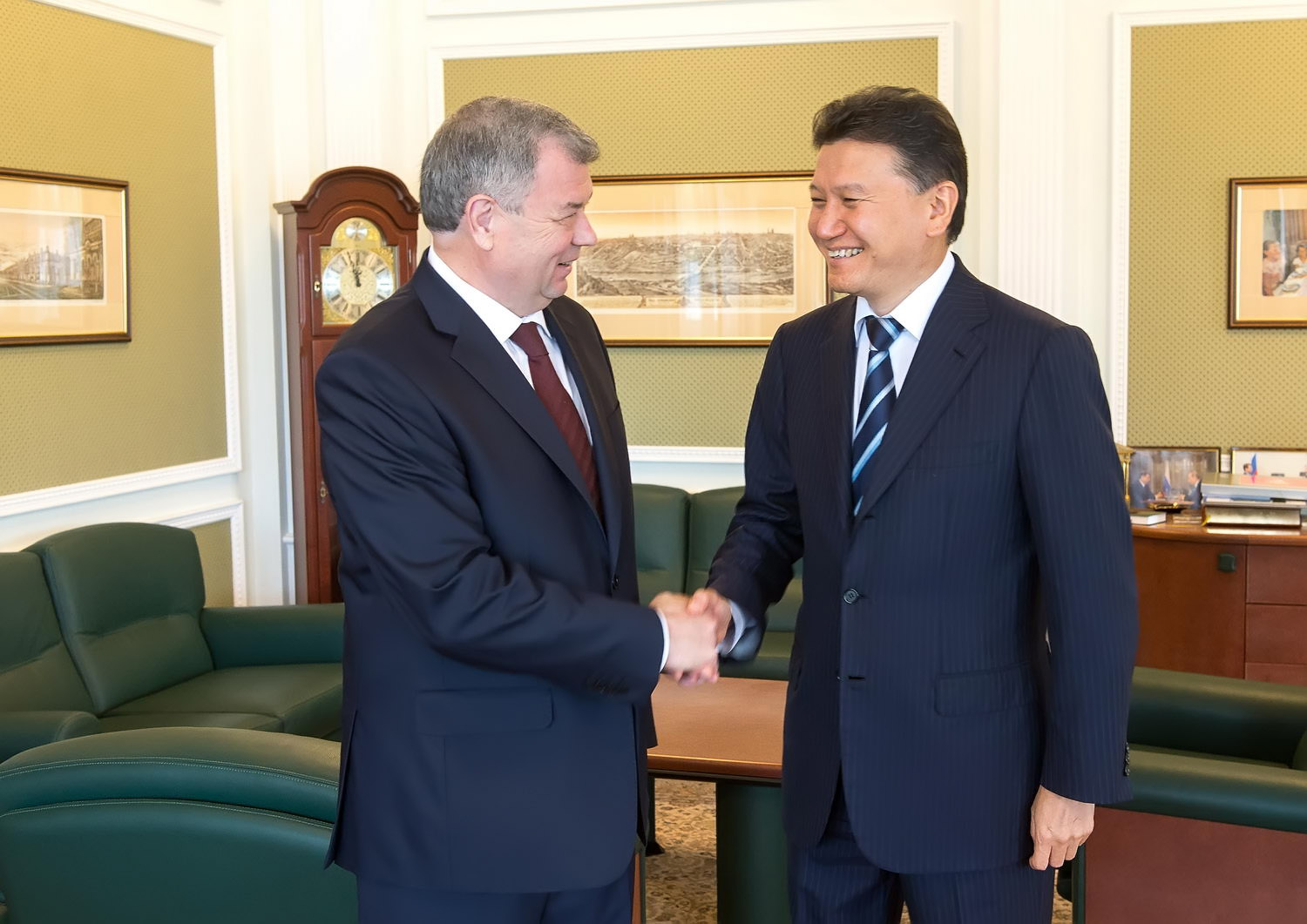 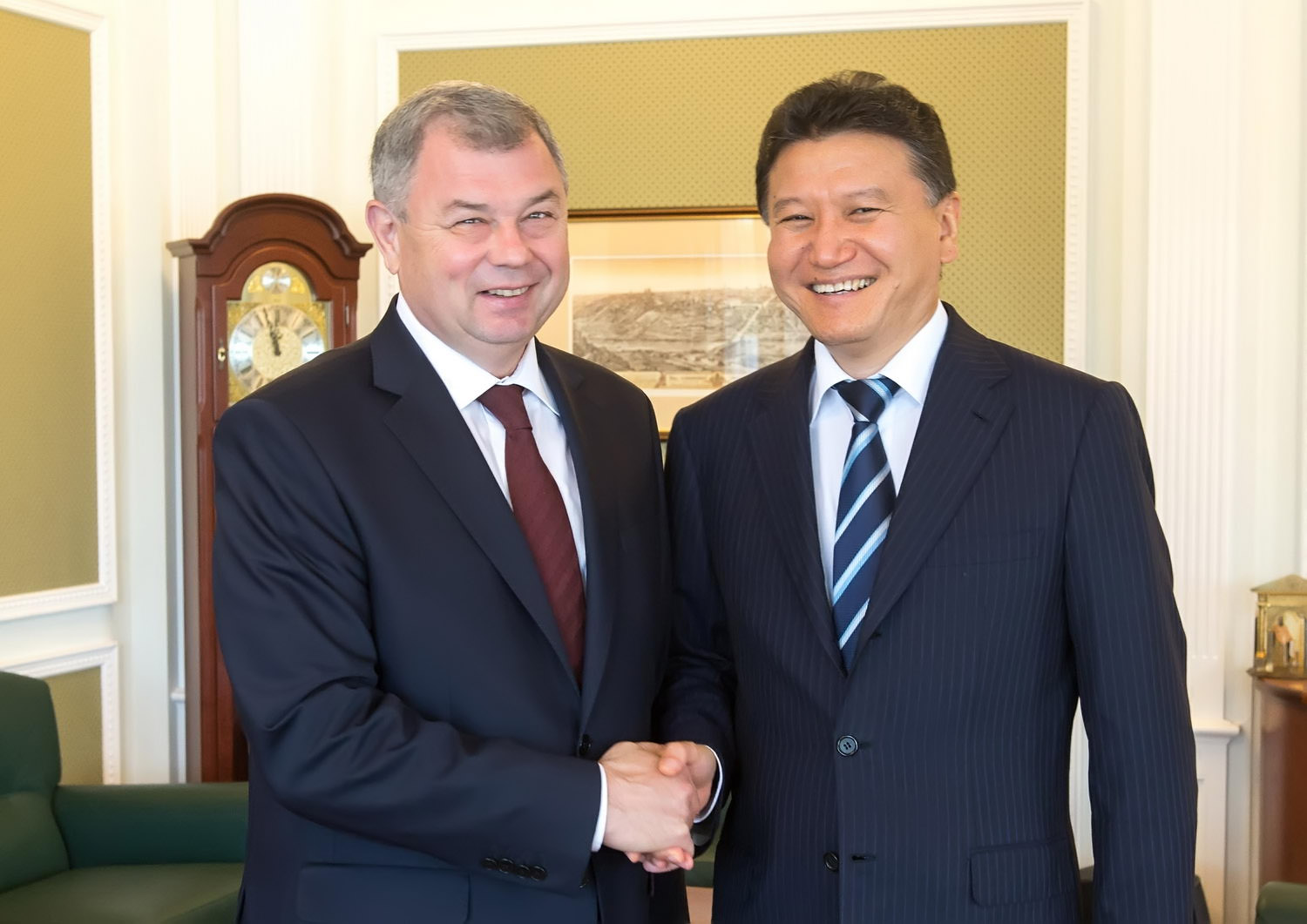 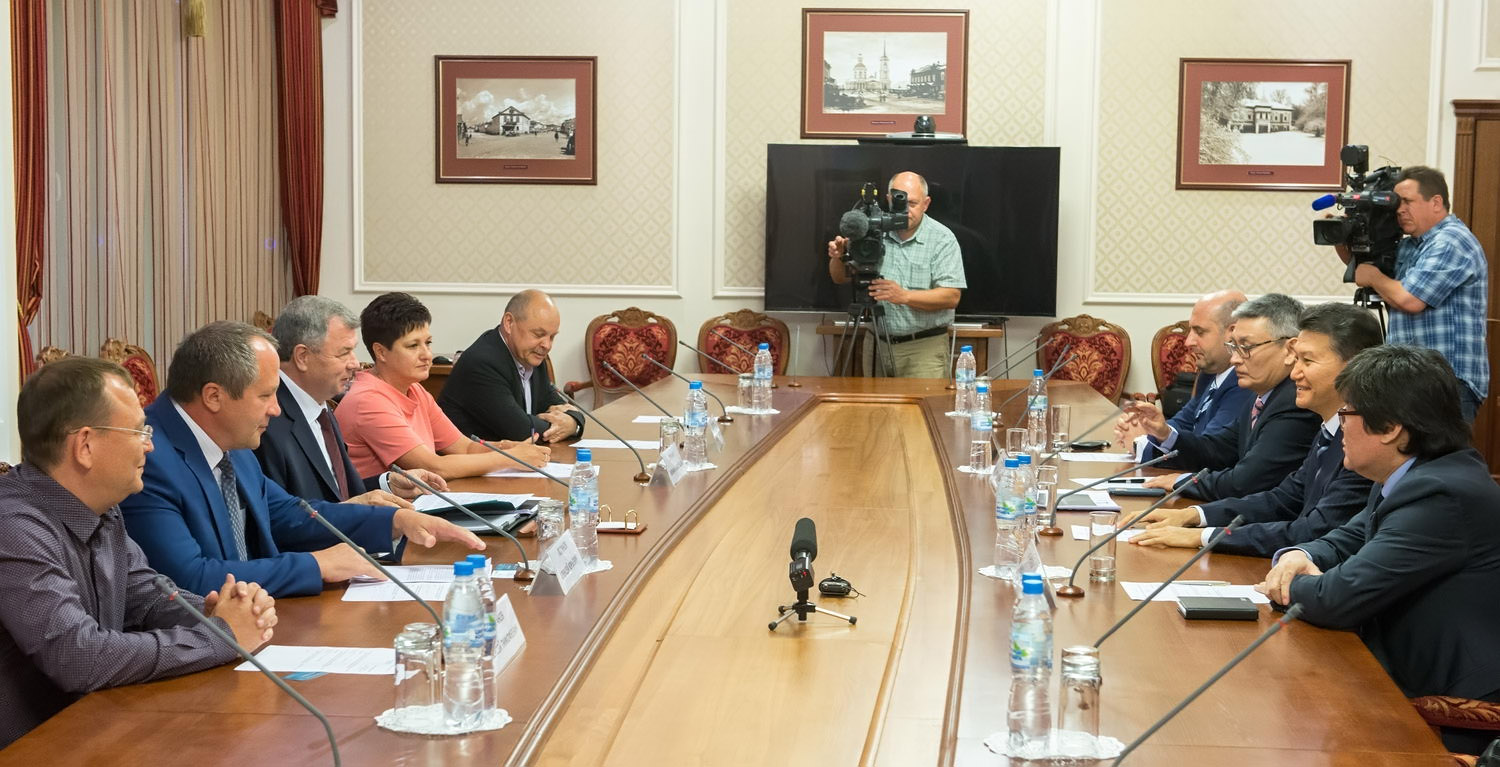 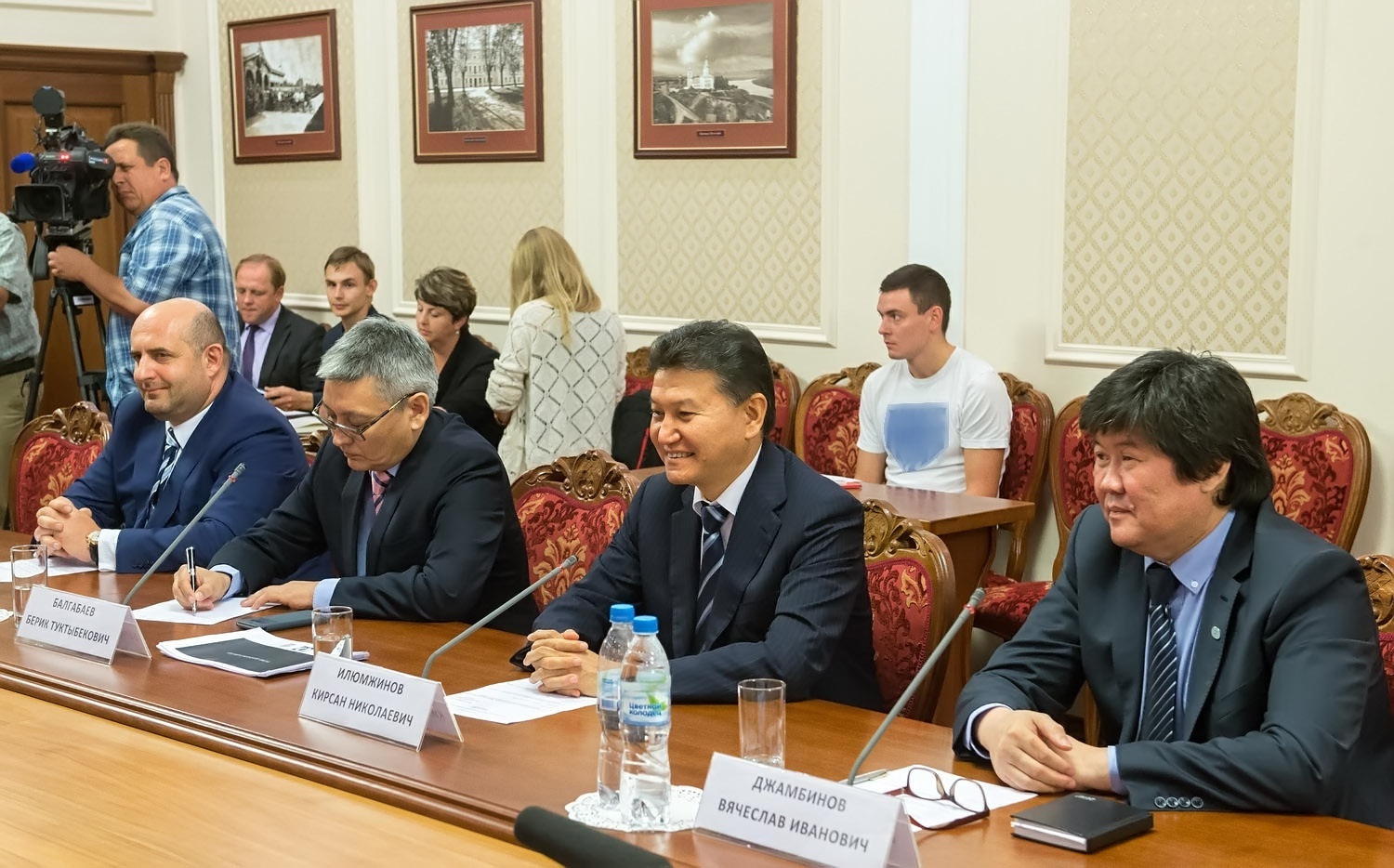 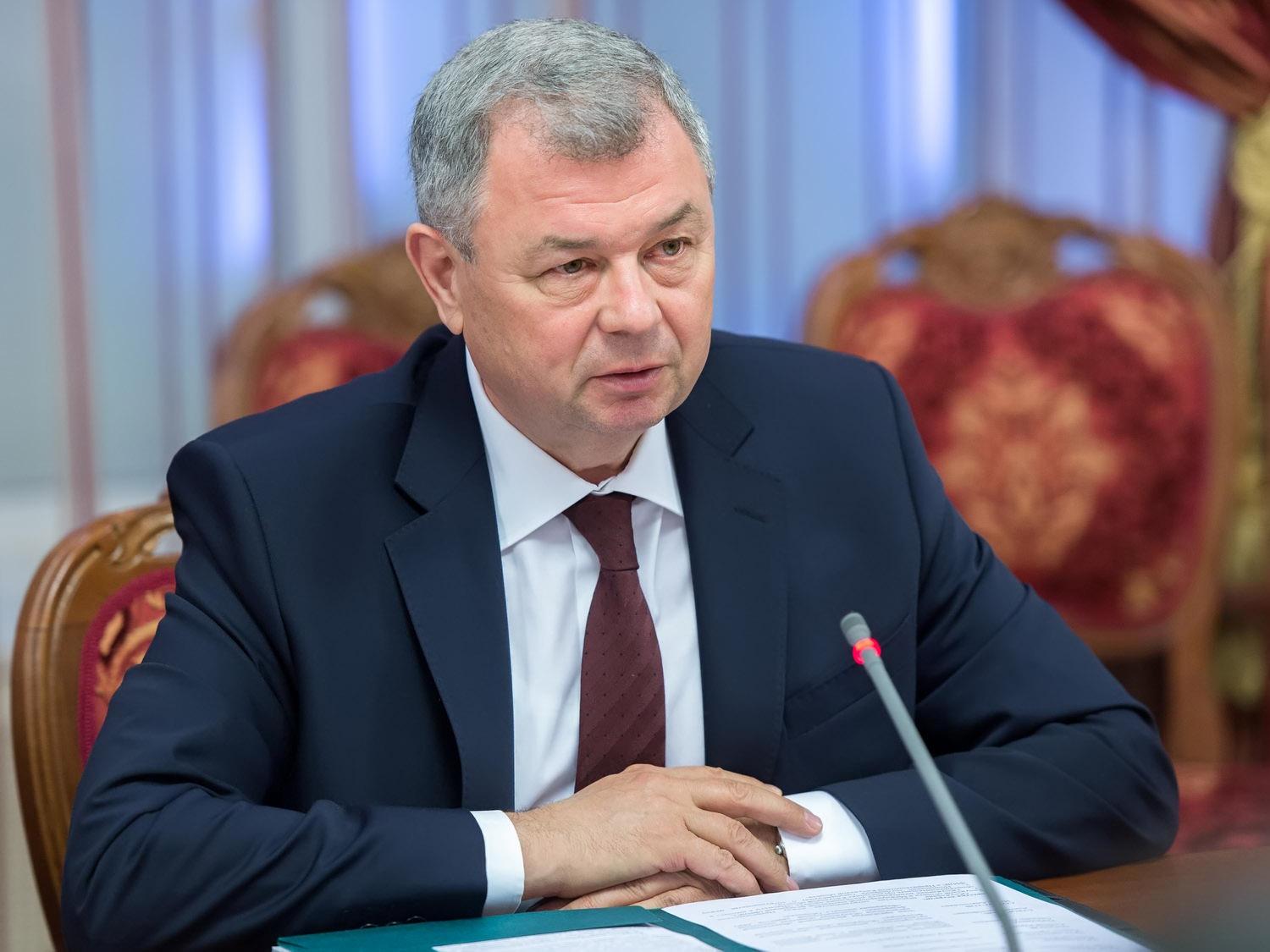 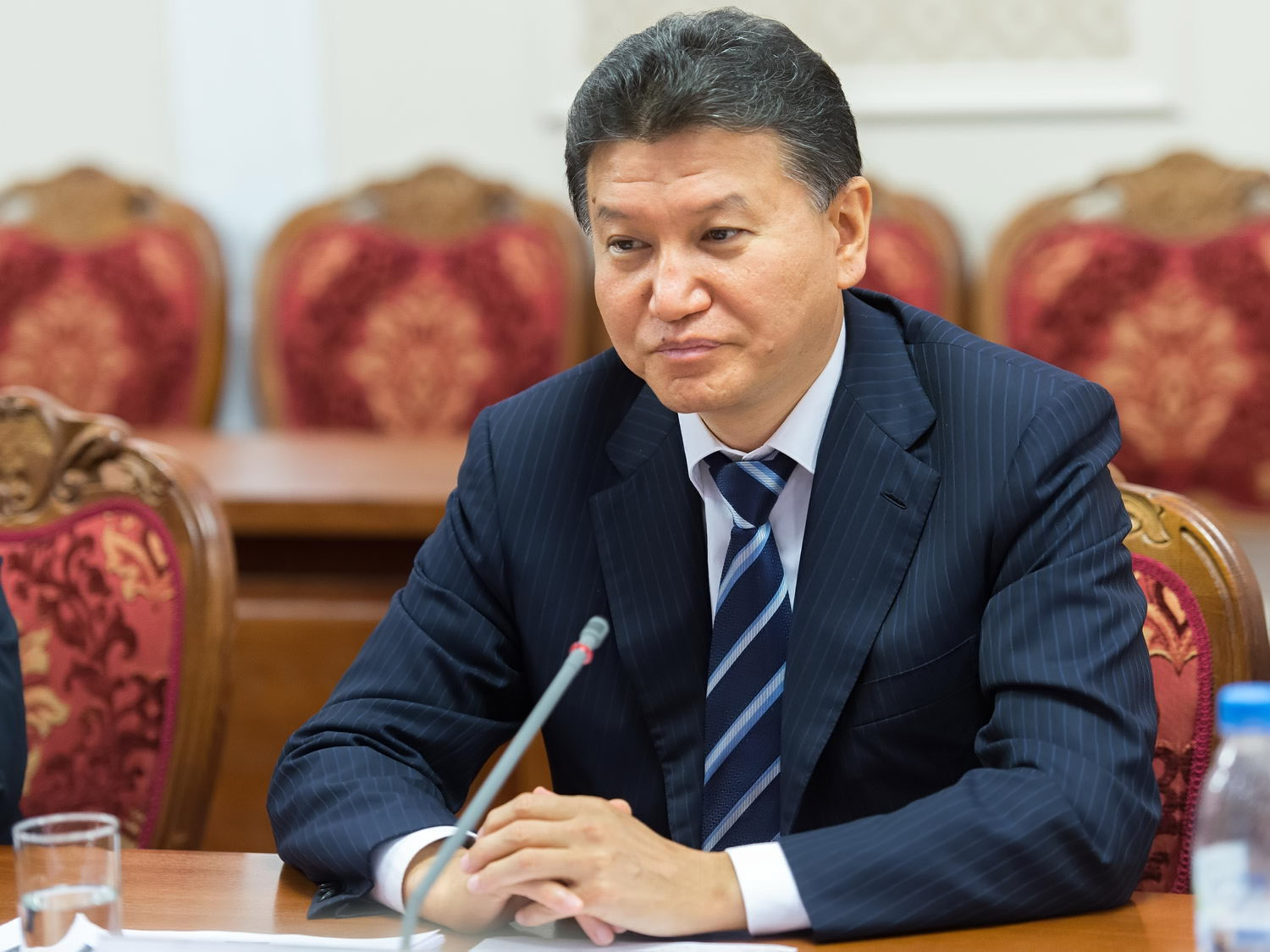 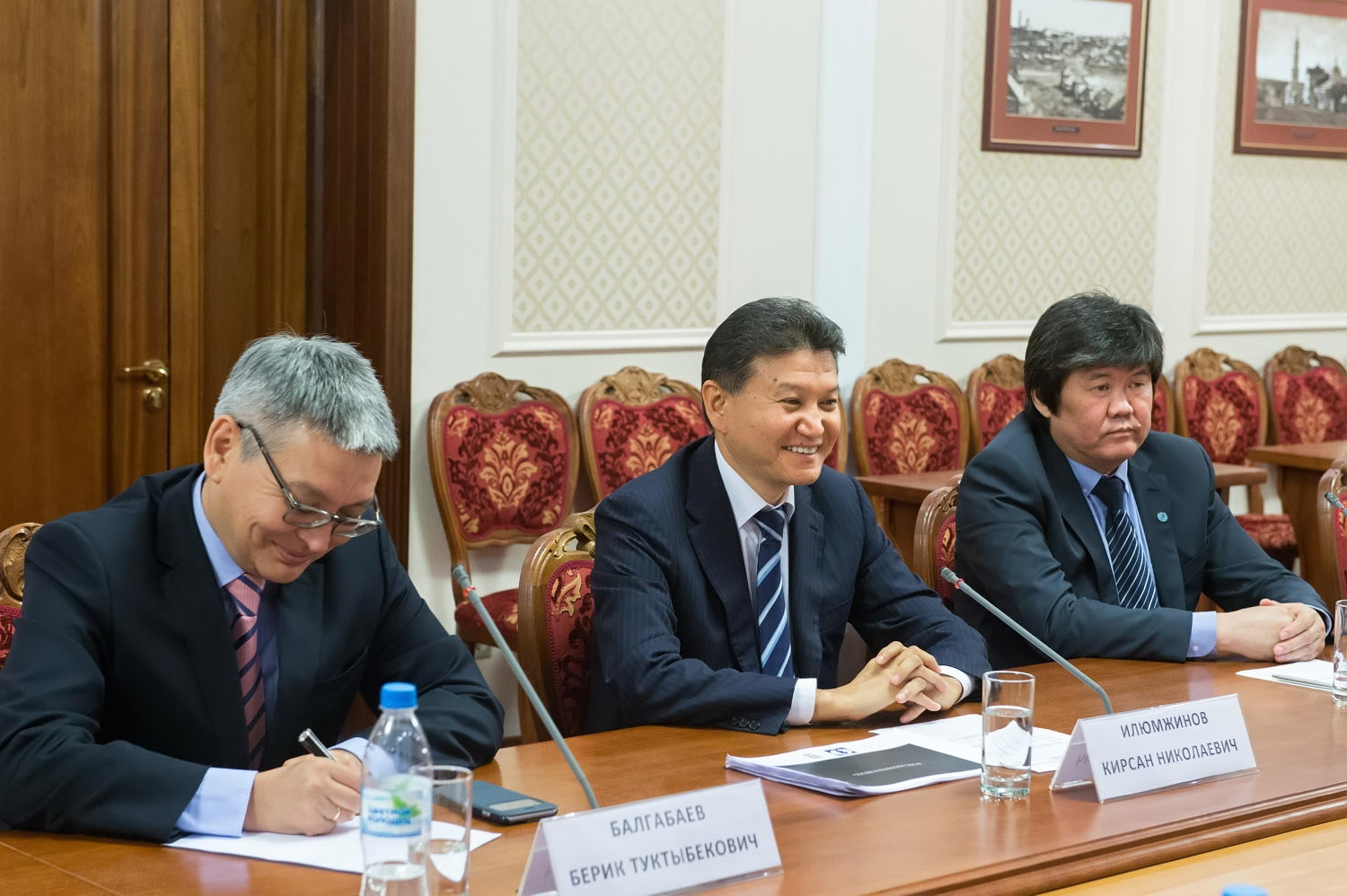 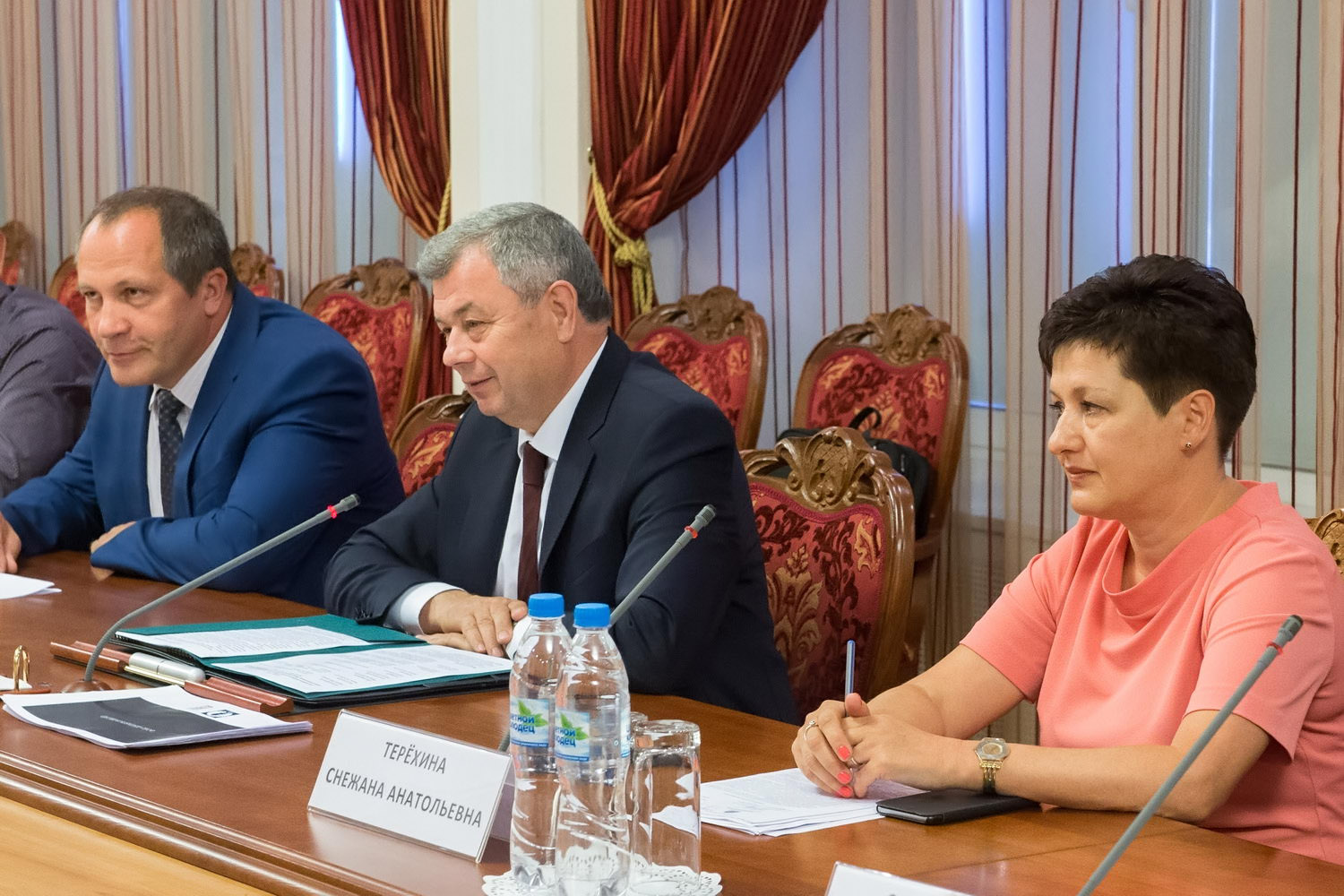 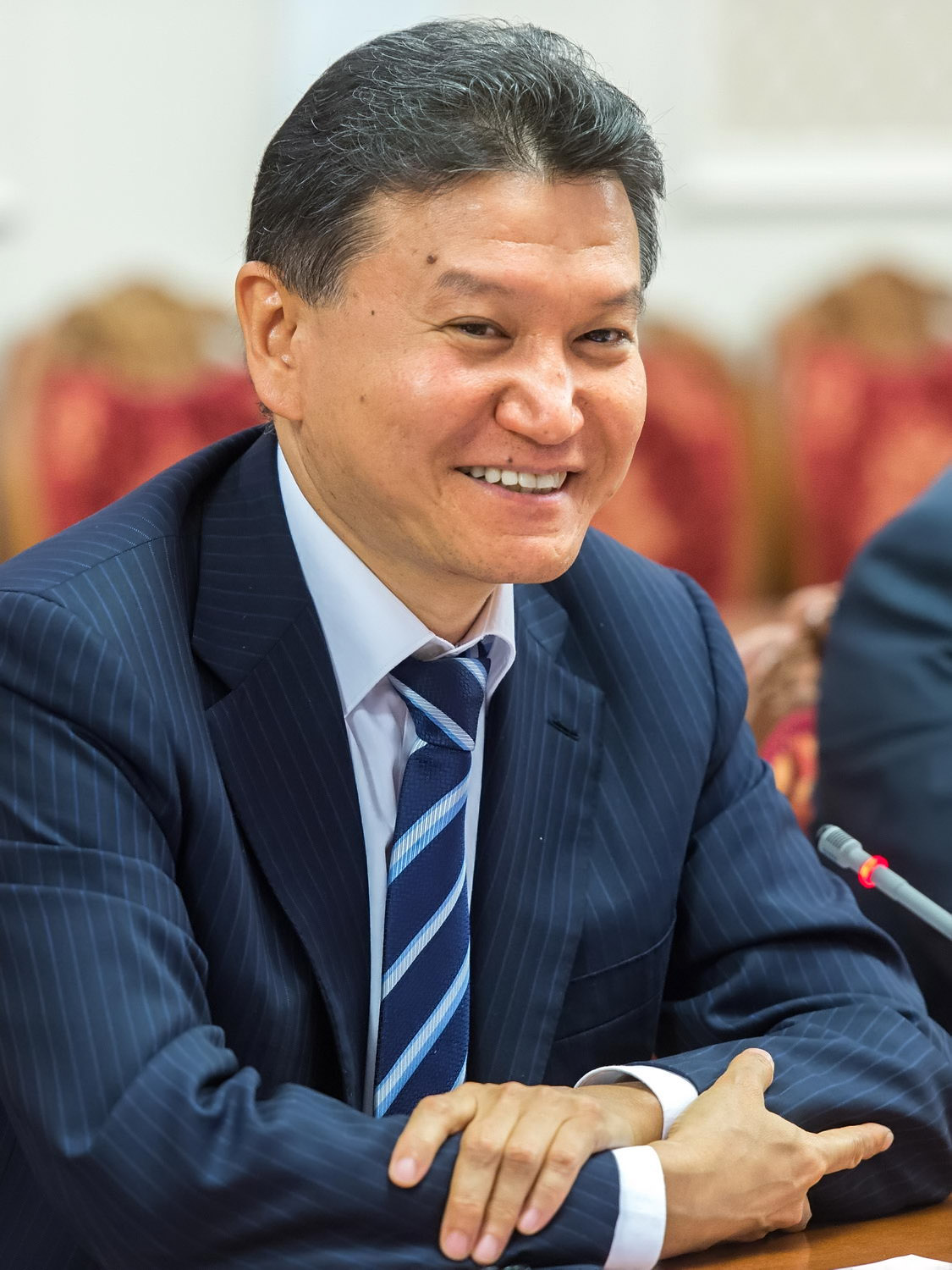 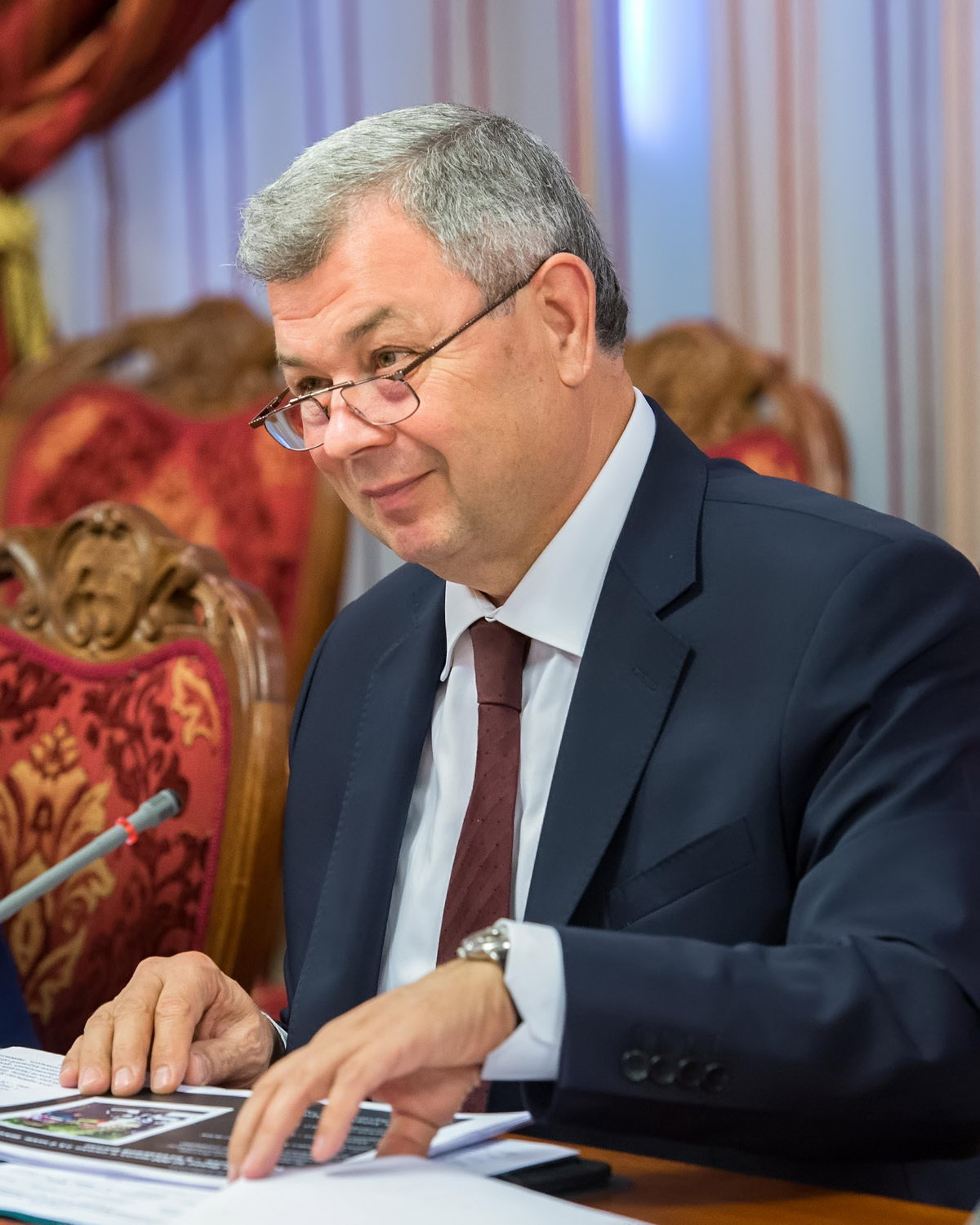 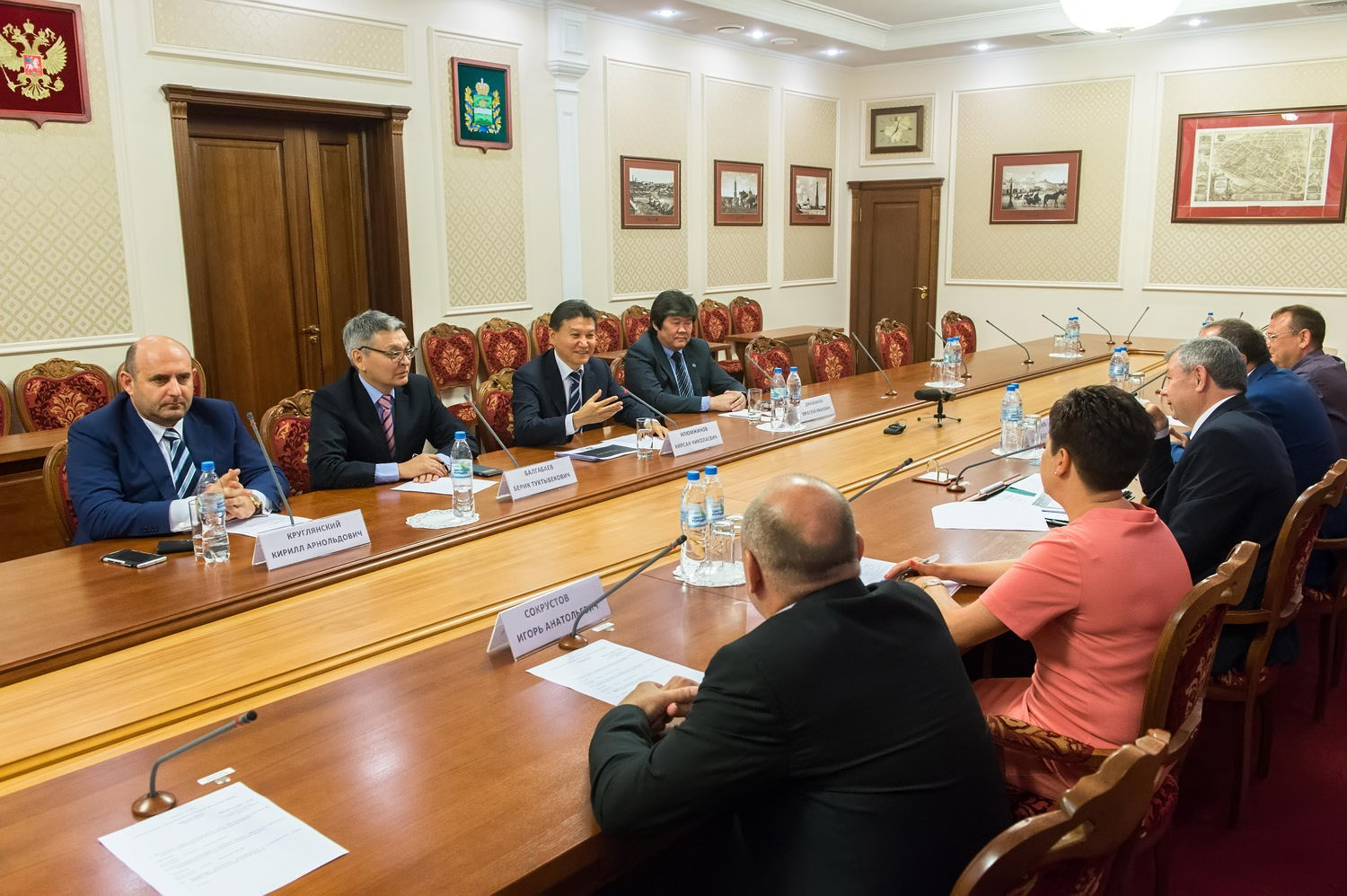 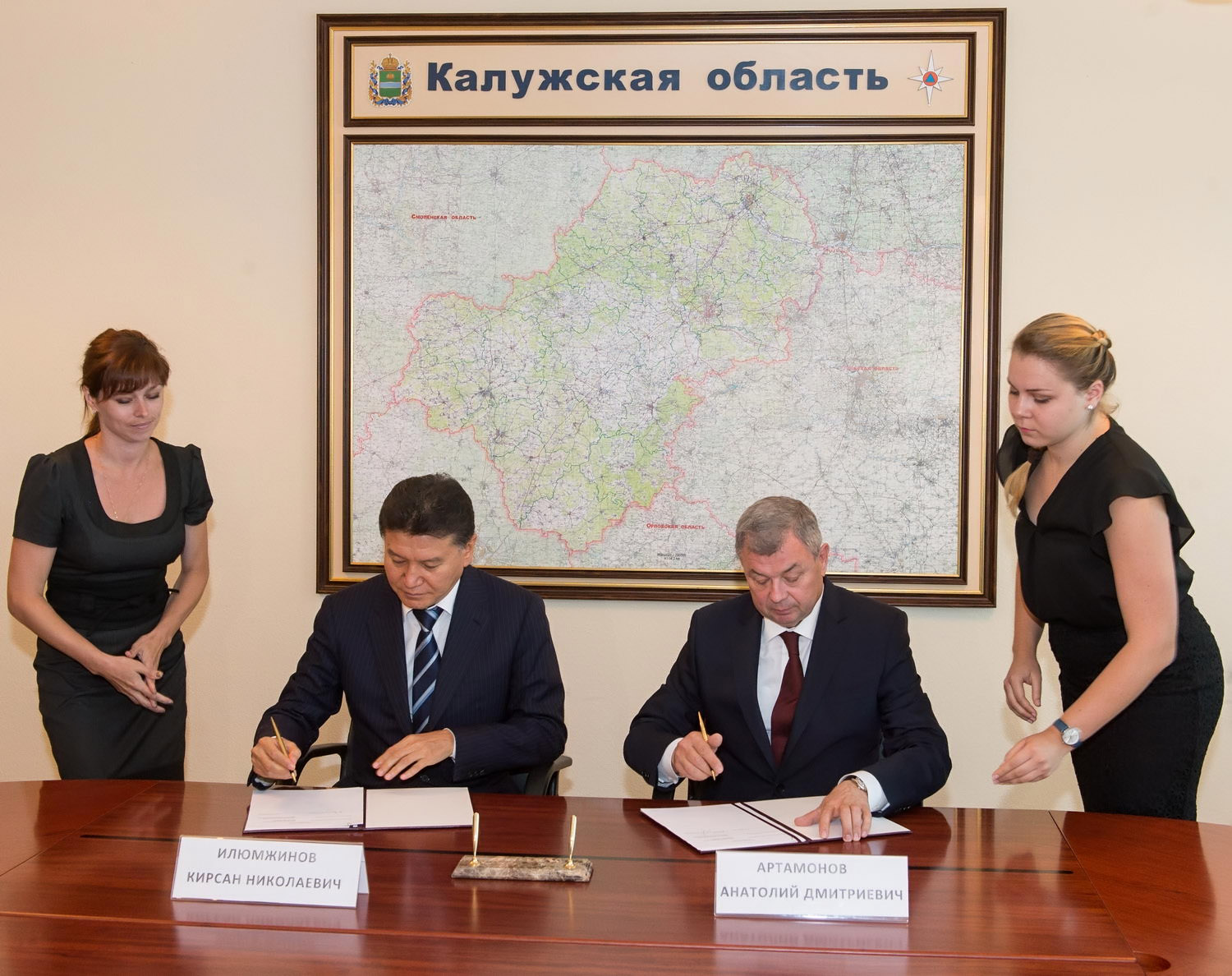 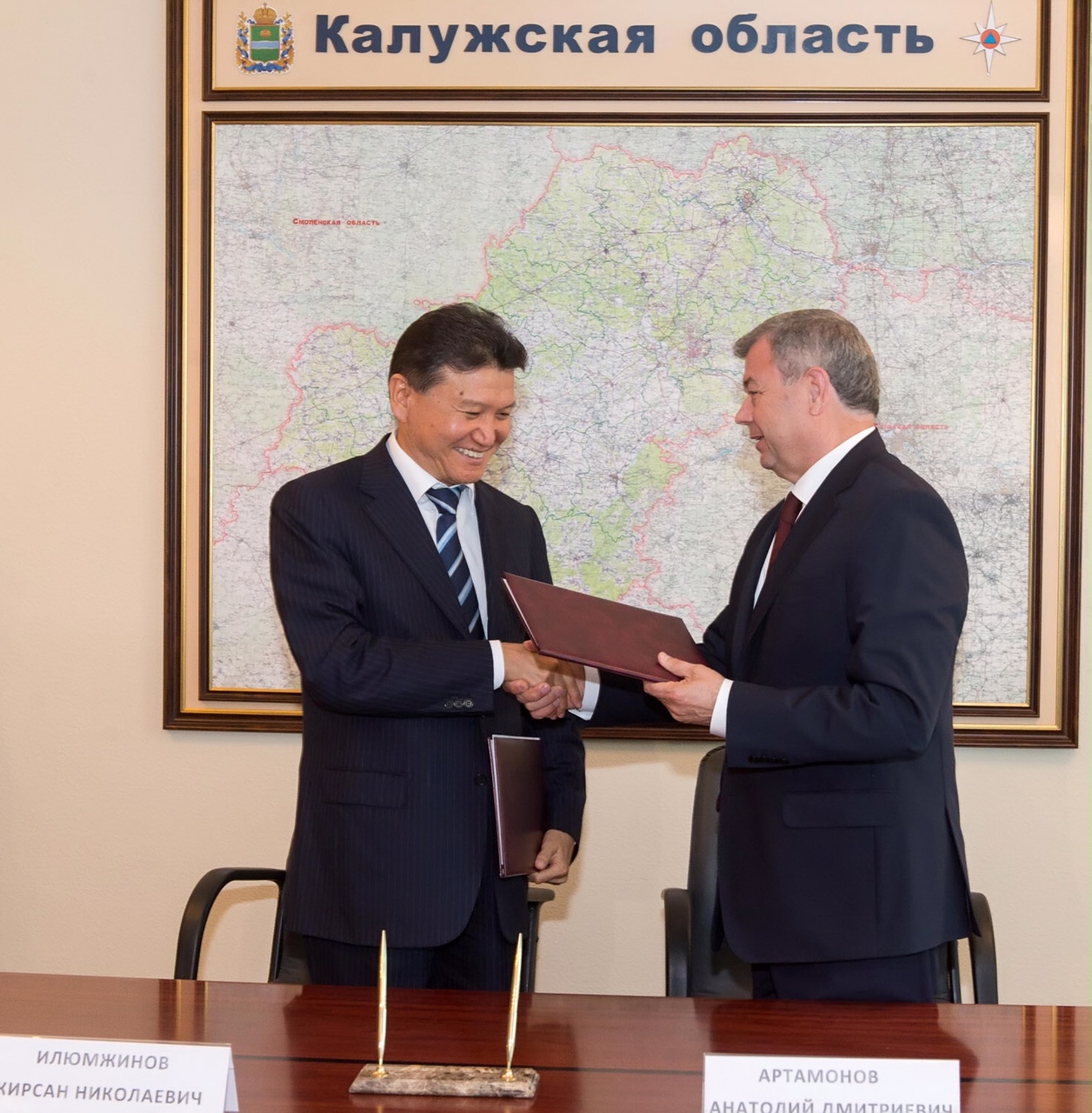 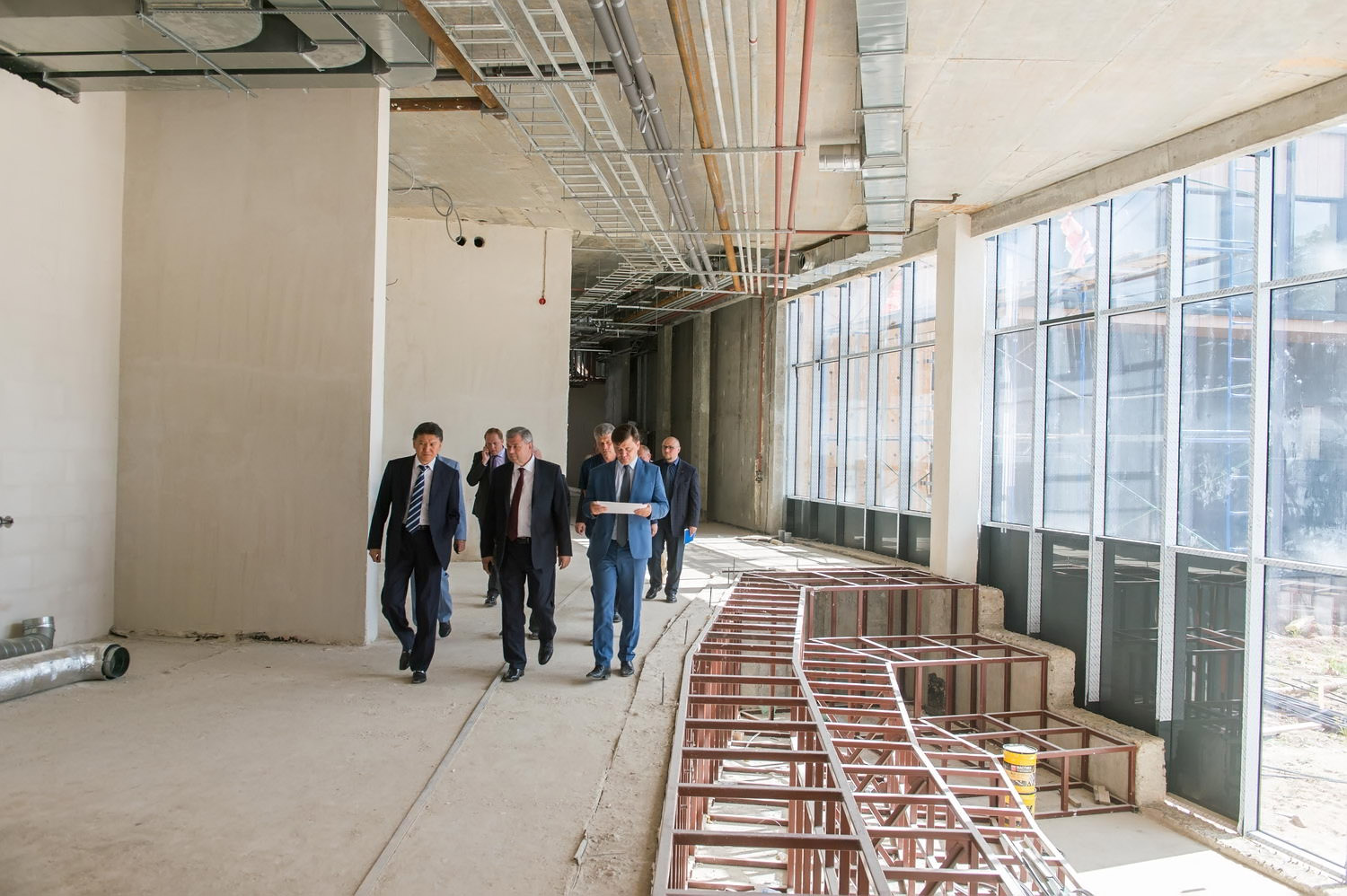 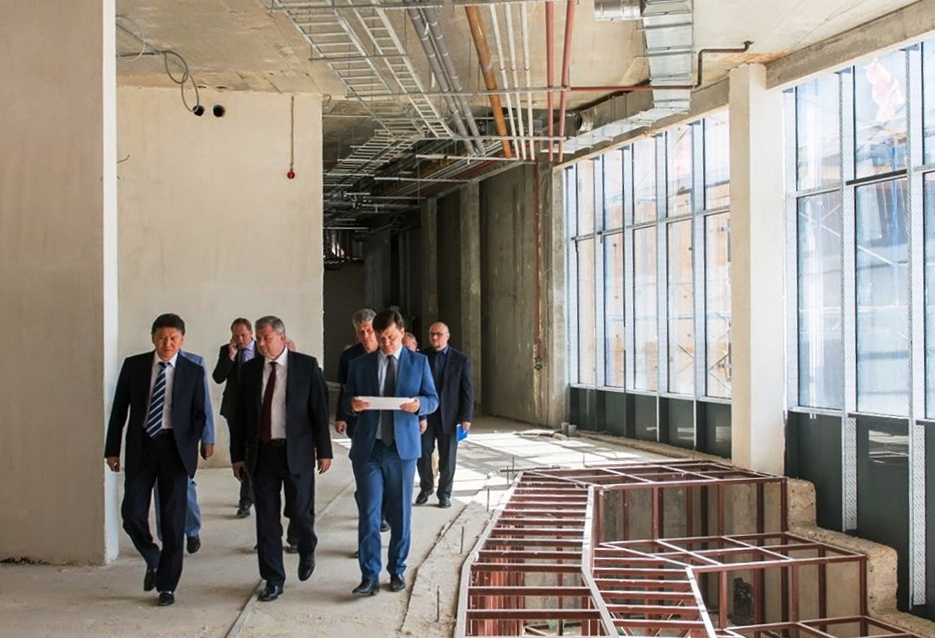 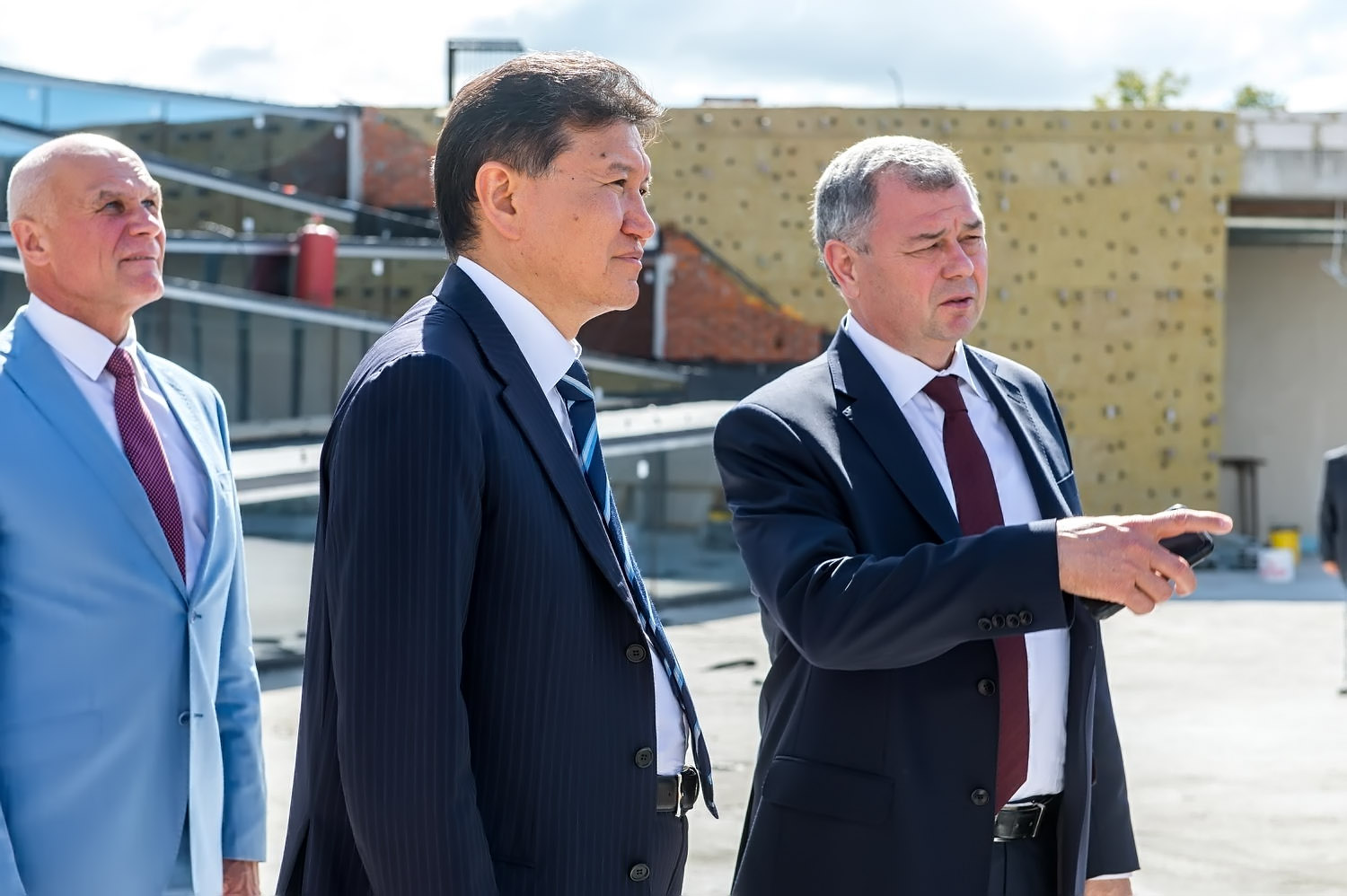