On December 12, the children chess blitz tournament devoted to the 25th anniversary of Independence of the Republic of Kazakhstan started at the Radisson hotel in Astana. About 100 children of six age categories - from 7 to 17 years - will participate in the tournament. The opening ceremony was attended by FIDE President Kirsan Ilyumzhinov, Akim (Mayor) of Astana, the head of the Board of Trustees of the Chess Federation of the Republic of Kazakhstan Asset Isekeshev, the 12th World Champion Anatoly Karpov, the World Champion Dinara Sadvakasova, Zhansaya Abdumalik and other famous persons.

The head of FIDE made a welcoming speech. In response, the mayor expressed his gratitude and congratulated all those present on the Day of Independence of Kazakhstan. After that, accompanied by Karpov, Ilyumzhinov made the first move of the tournament. In addition, guests of honour gave a press conference for local journalists.

After the event, at a meeting with Isekeshev, Ilyumzhinov has arranged the holding of one of the rounds of the Women's FIDE Grand Prix in the Kazakh capital in July 2017. 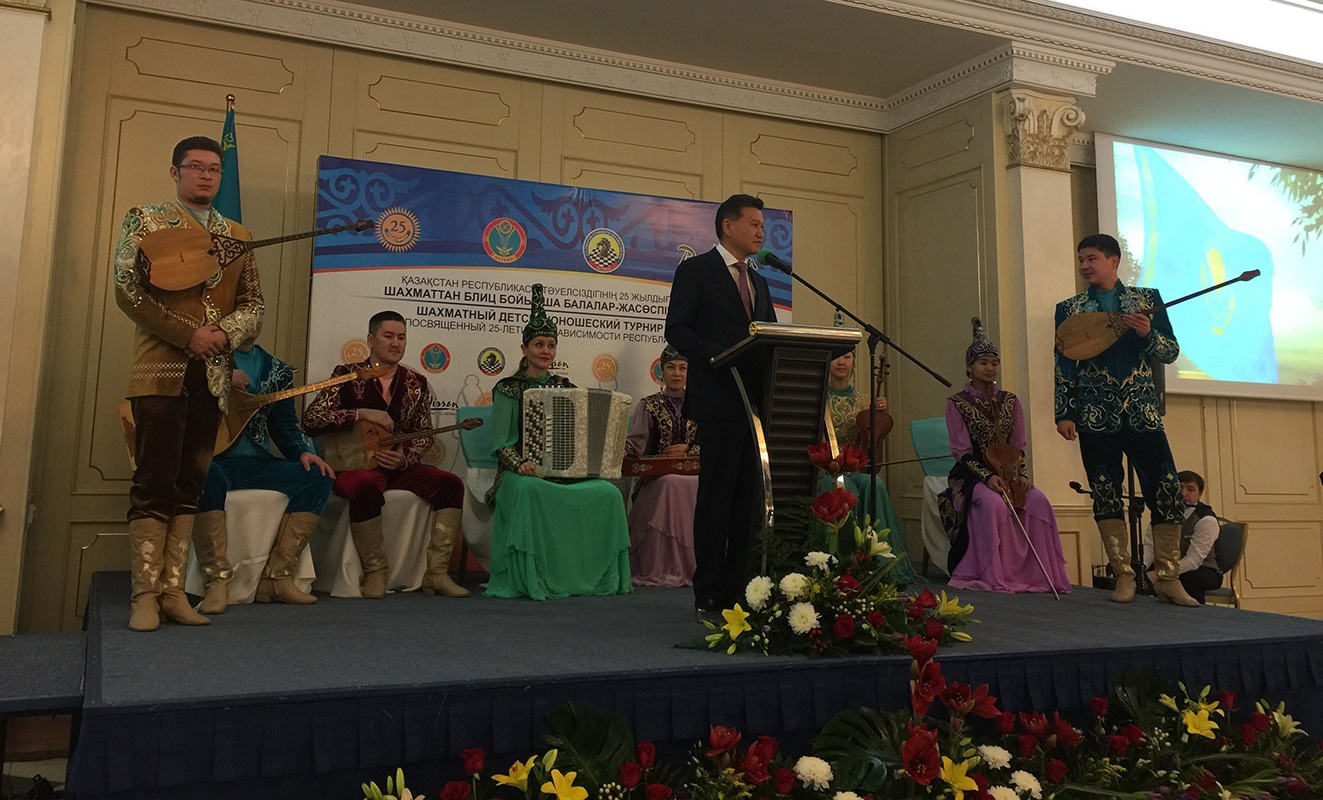 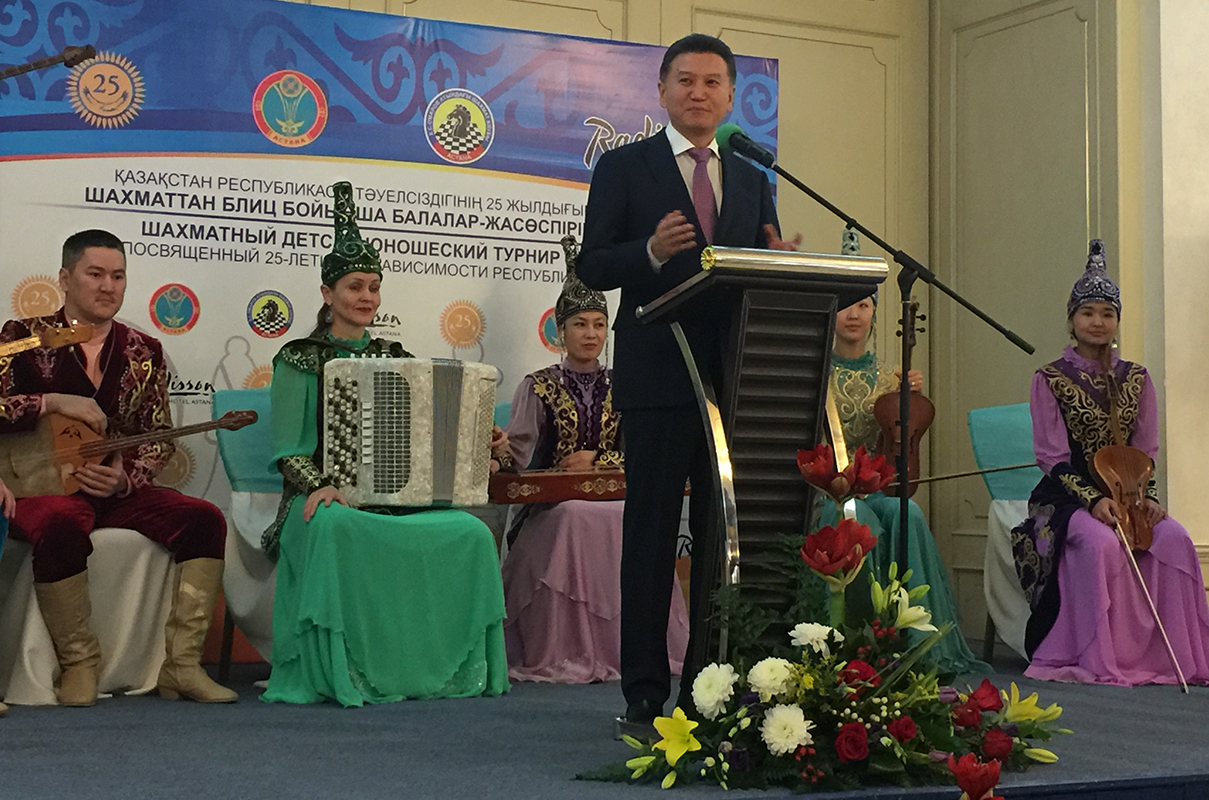 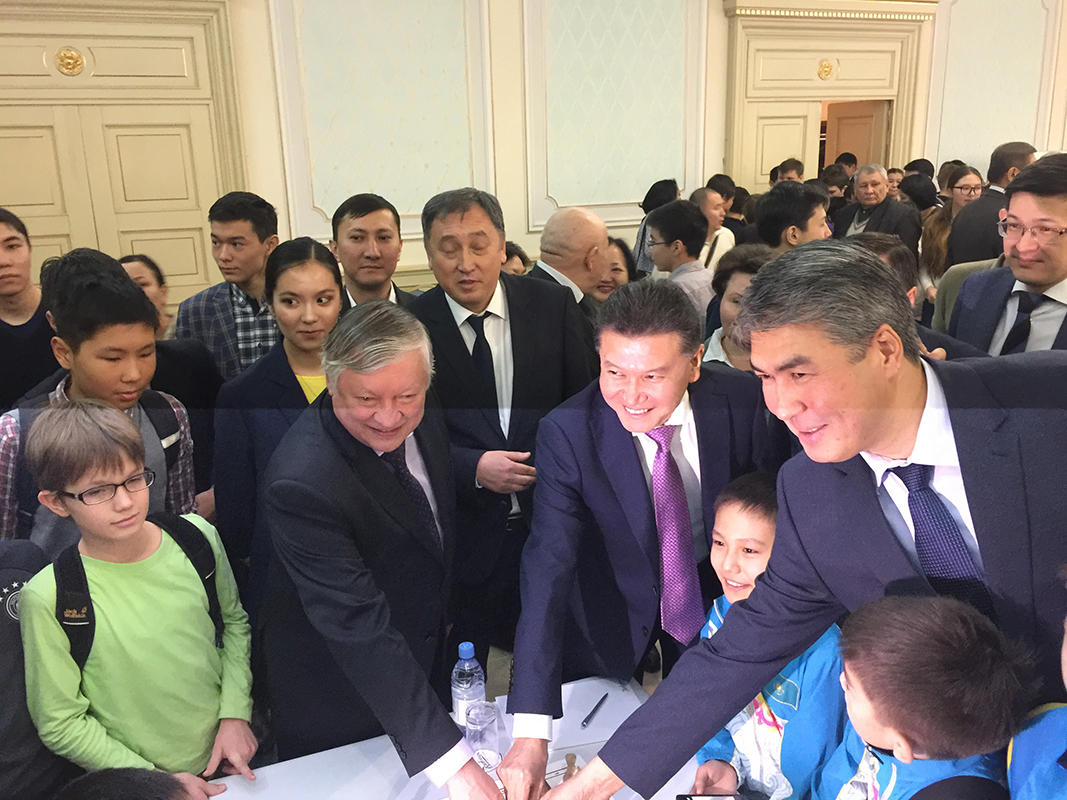 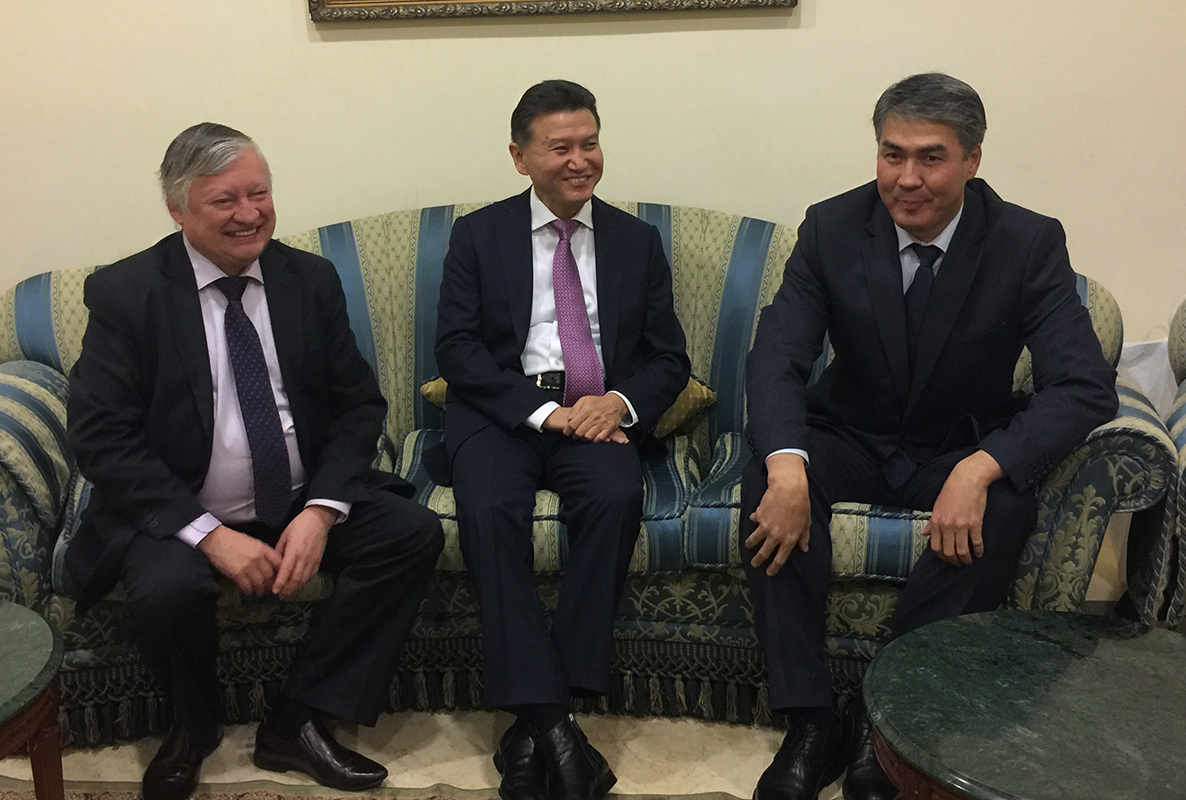 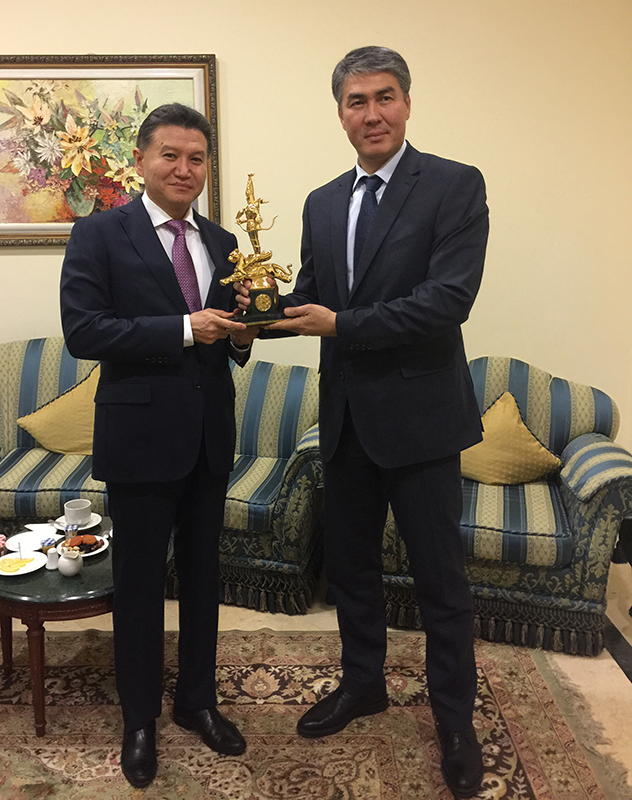 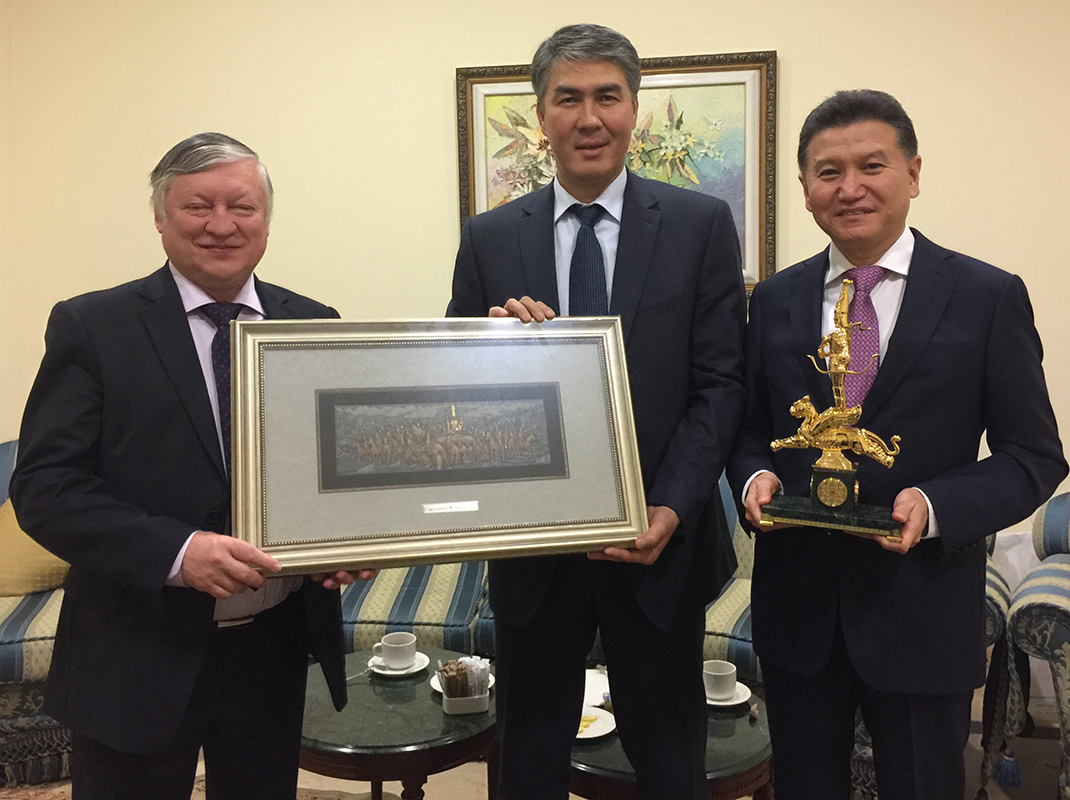 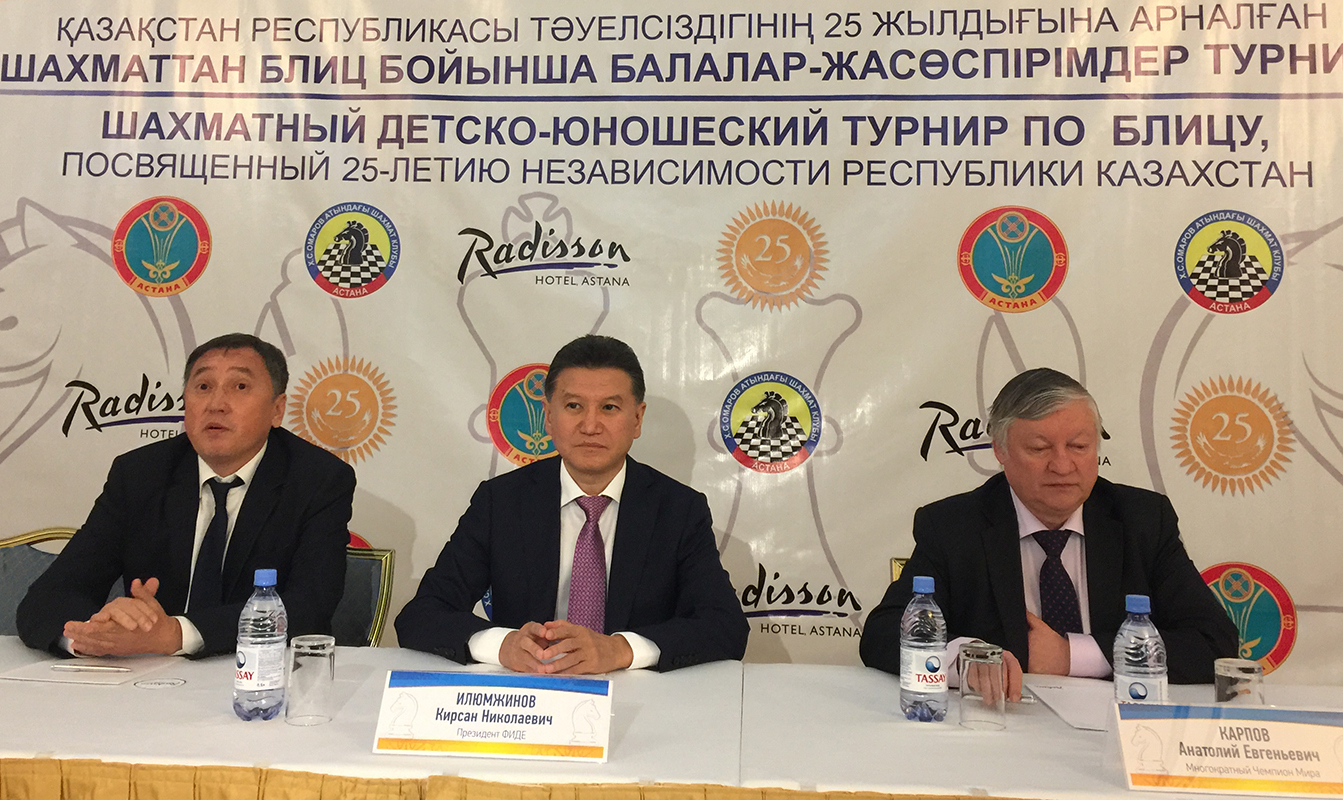 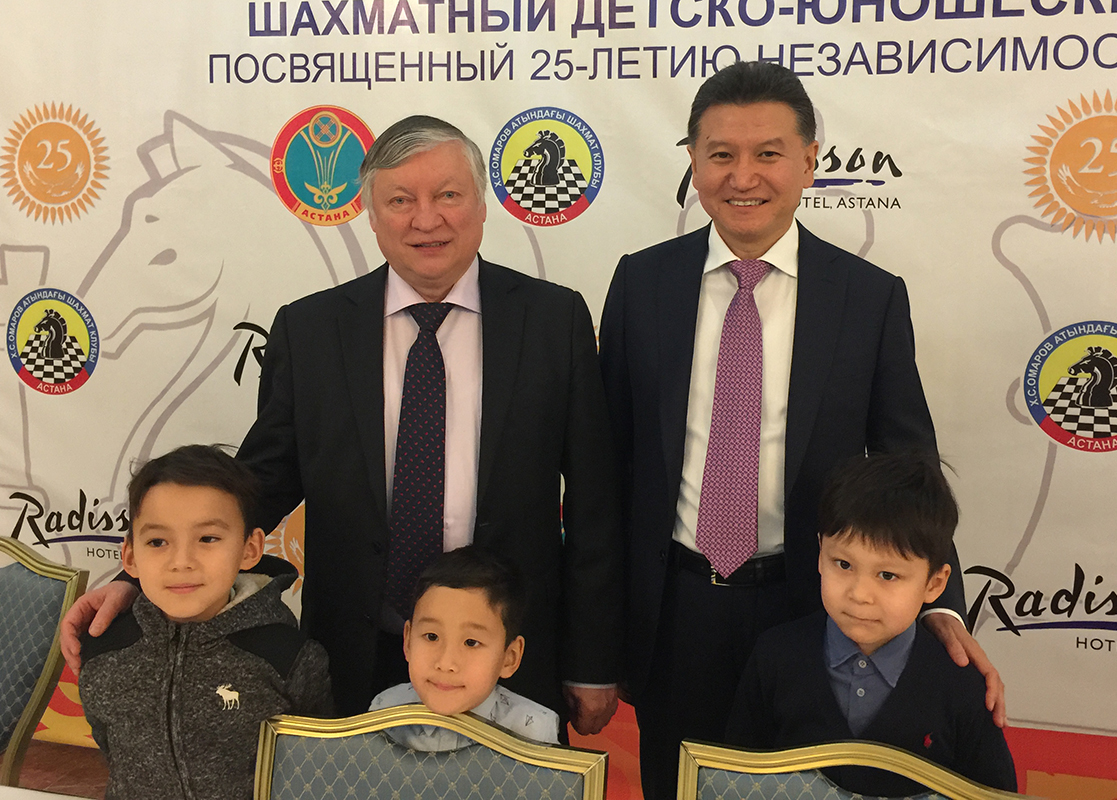 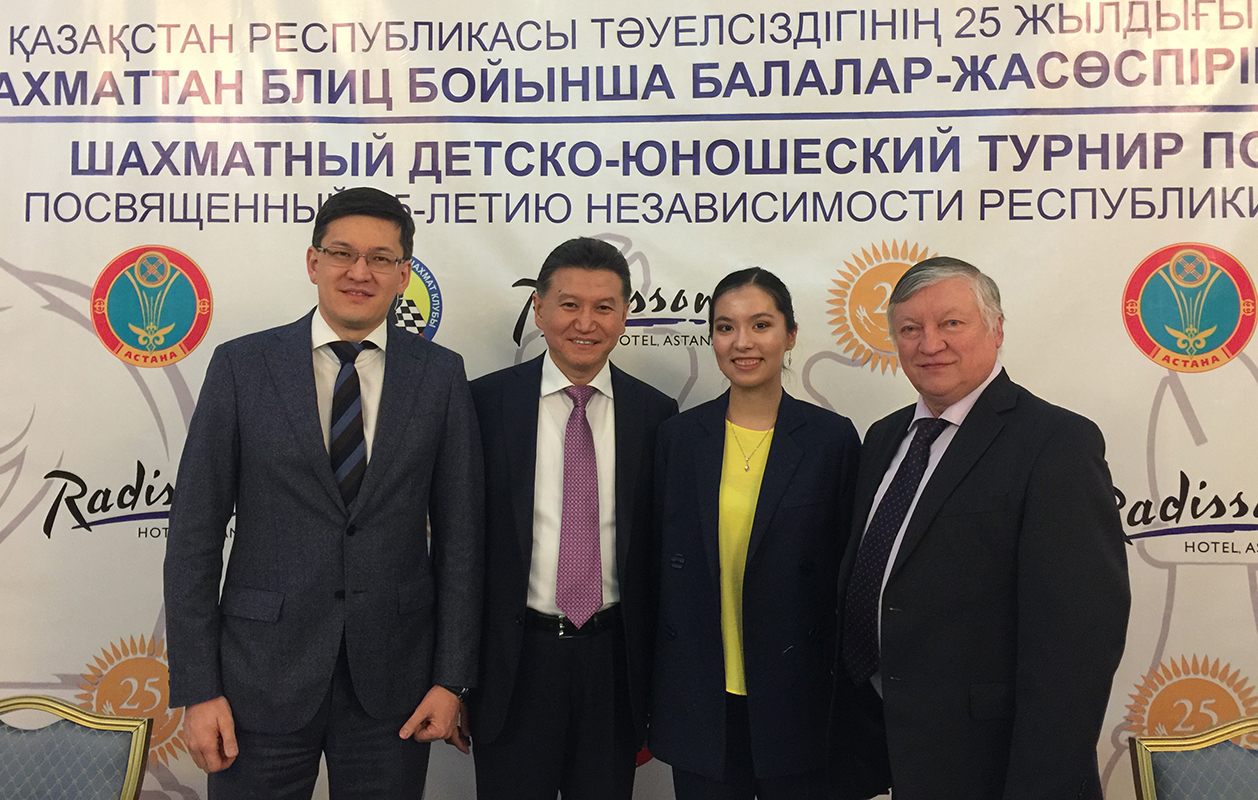 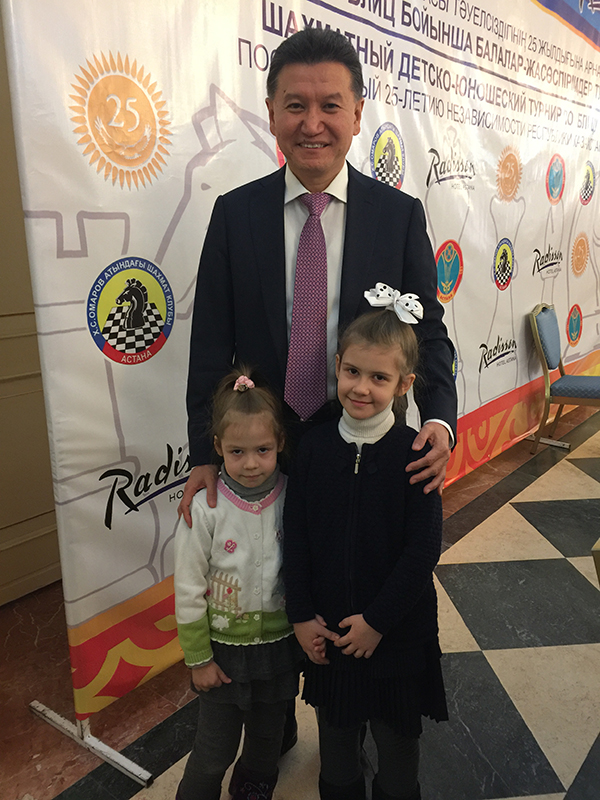 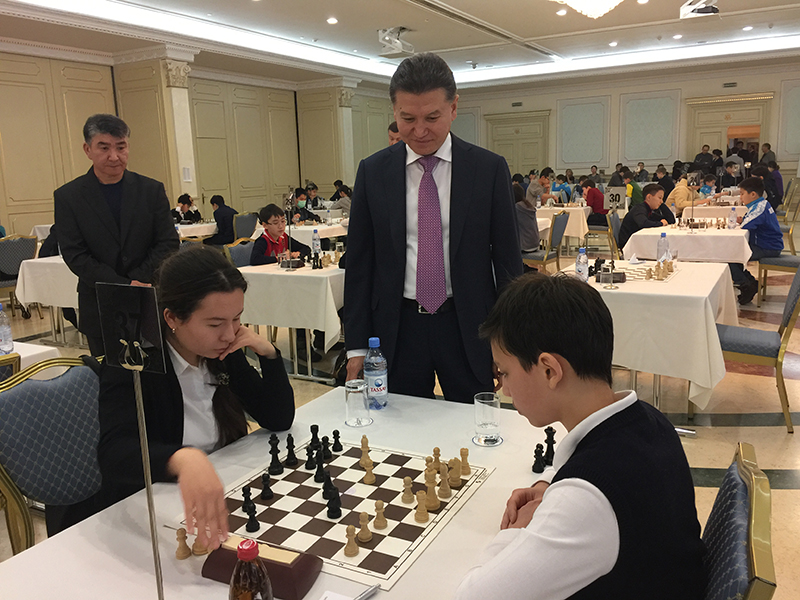 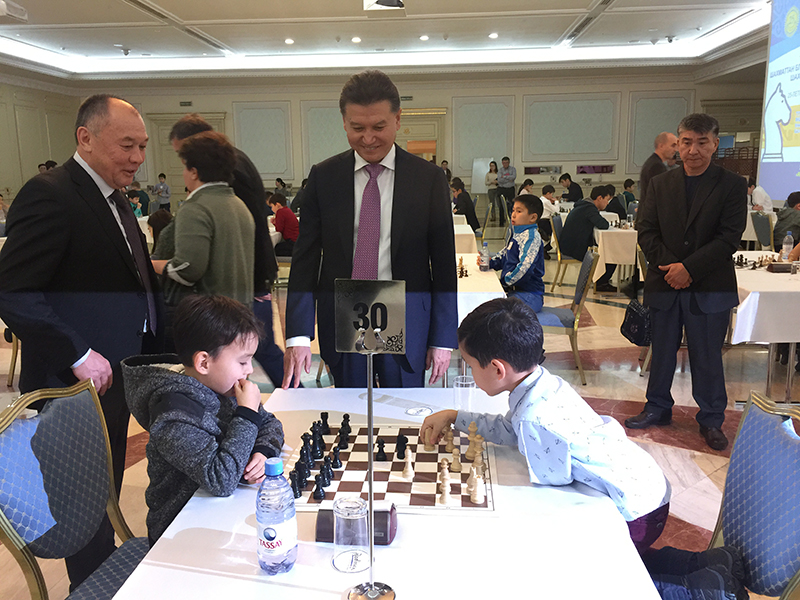 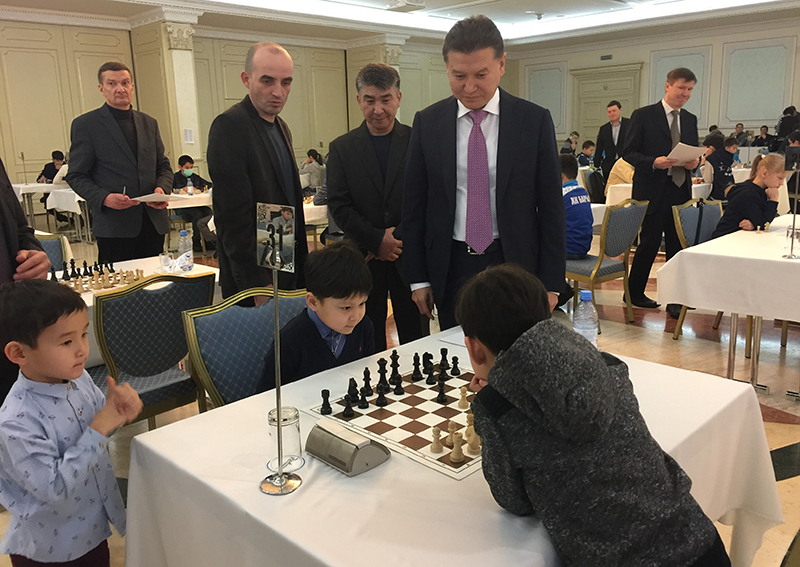 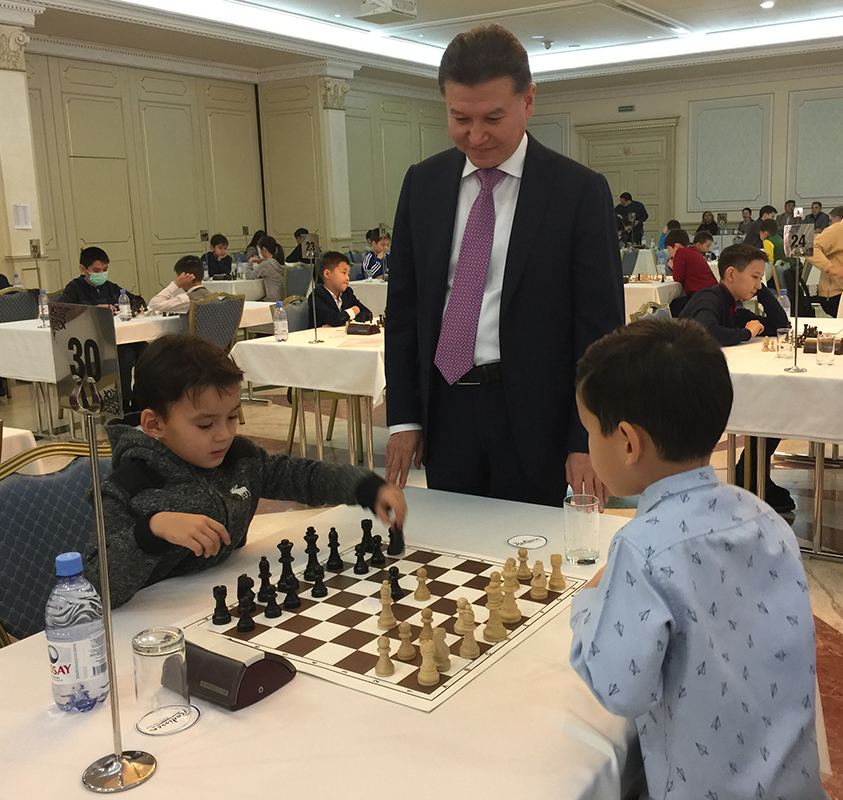 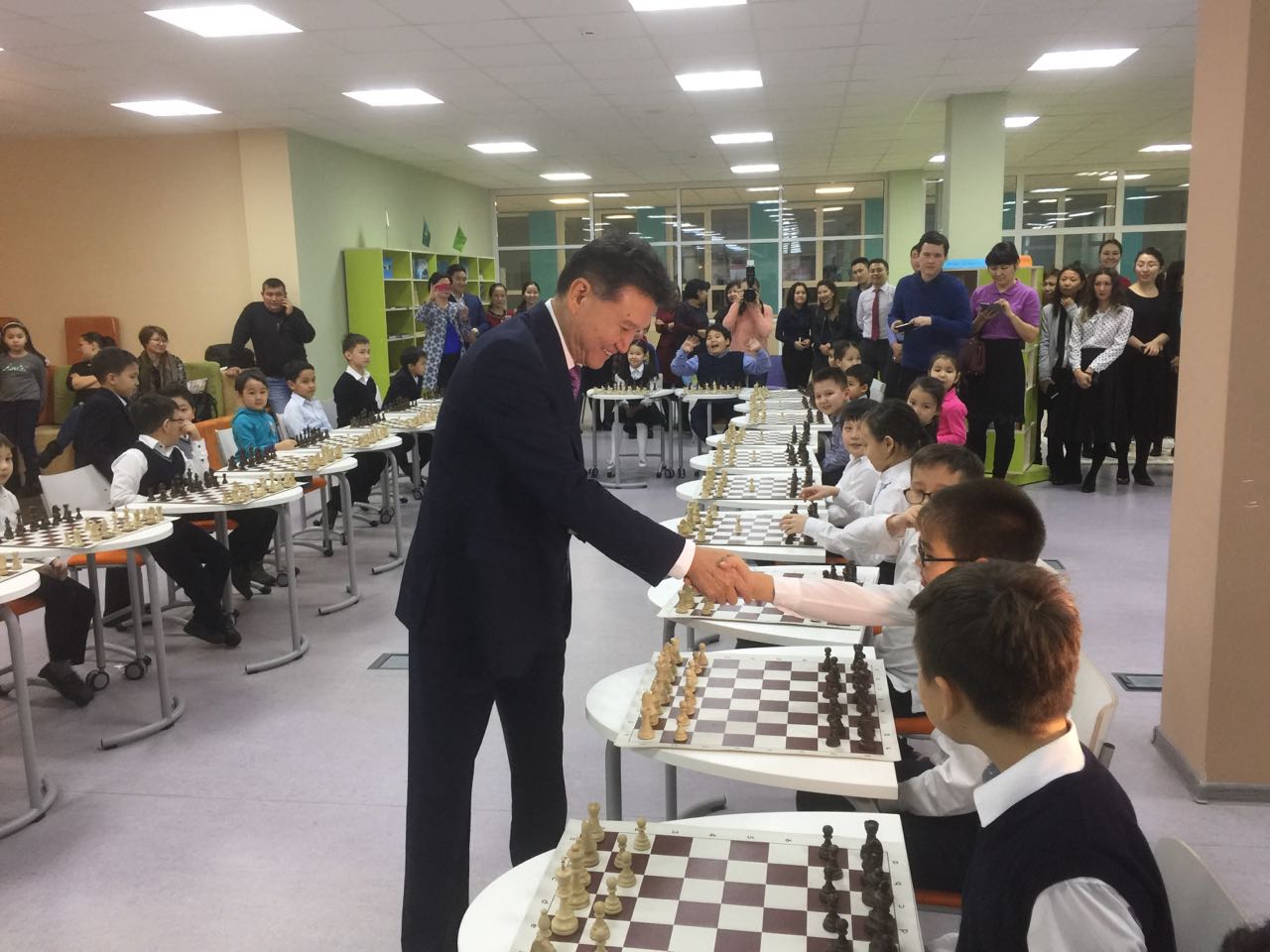 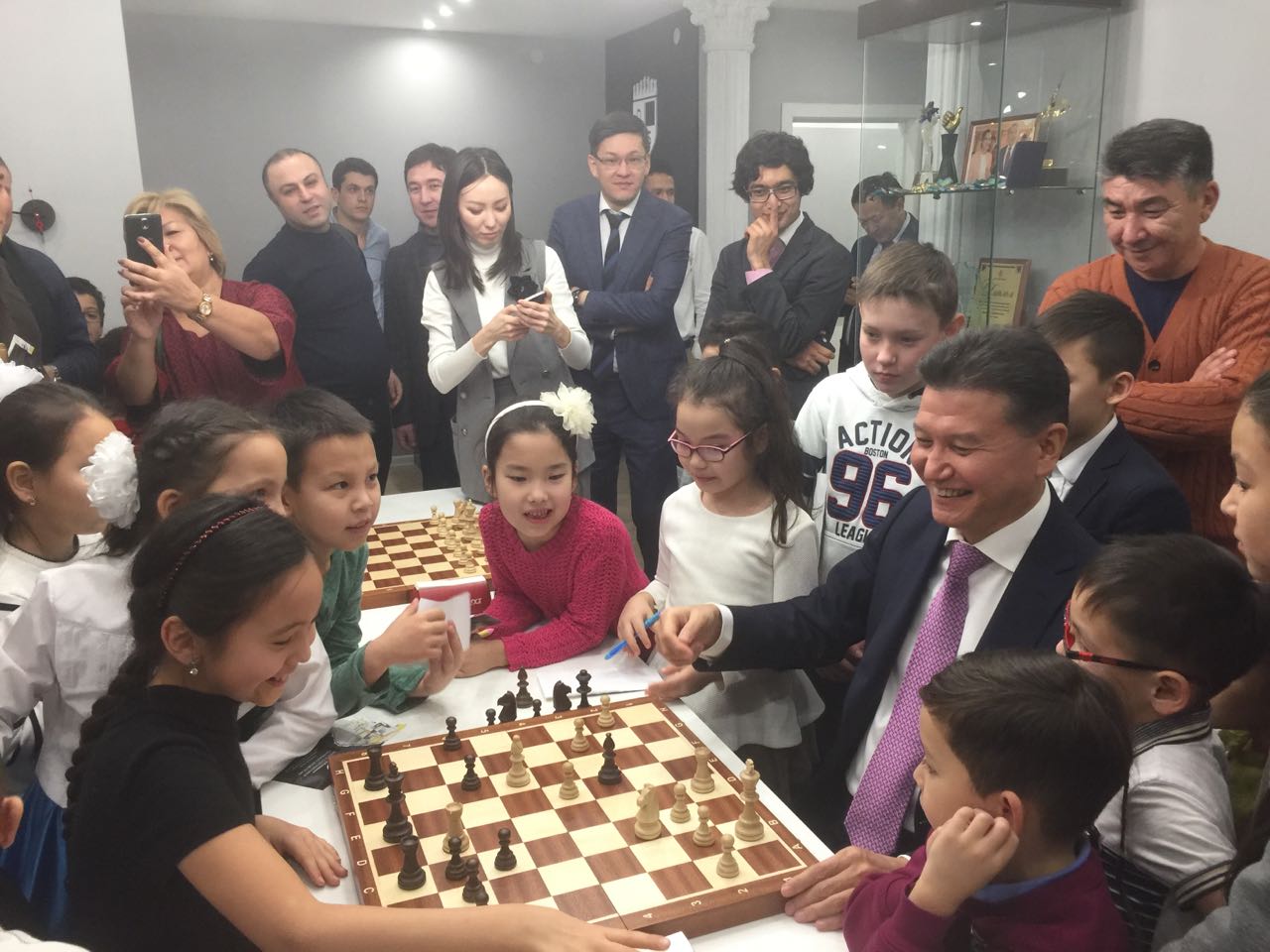